Customer Reviews
Reasonable Price, Good Service and Good People. we are very satisfied with their product. The performance of it is much better than we have expected

excellent service. The technicians are all very friendly and responsible. I would definitely recommend this seller to anyone who wants to buy machine.

Φ20-Φ630 series PVC pipe extrusion machine line is mainly used in the manufacture of plastic PVC pipes with various diameters and wall thickness used in the industries such as agricultural and constructional plumbing,cable laying etc. This line is composed of conical twin screw extruder,Vacuum calibration tank,haul off,motors,cutter and stacker etc. The extruder and haul off methods are two-claw,three-claw four-claw,six-claw,eight-claw,ten-claw,twelve claw etc. You may choose saw blade cutting type or planetary cutting type. It is aditionaly attached with length counter and intensifying device.

The production line is developed with the advanced technology of west Europe by our company. The main machine is SJSZ55/120 or SJSZ65/132 conical twin screw extruder is equipped with double-tube single control stainless steel spraying calibration,it avoids waste condition when one tube is adjusted and the other one is affected. The auto single-control double drawing machine and cuting machine are combined with the front double calibration technology to make operation more flexible let you enjoy economic benefit which is brought by separate-control double tube extruding. 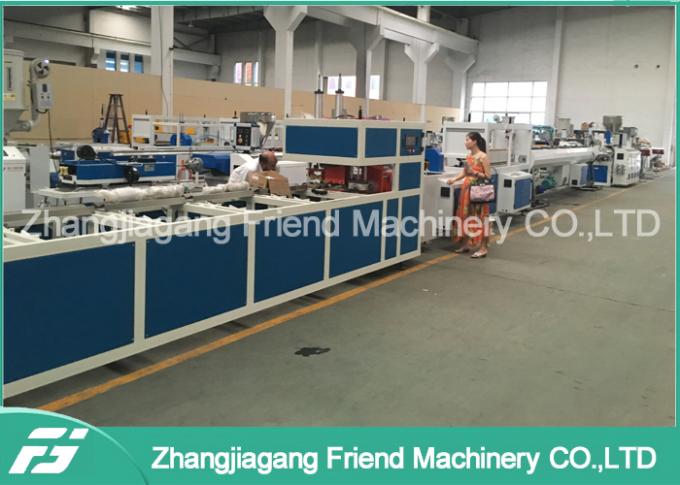 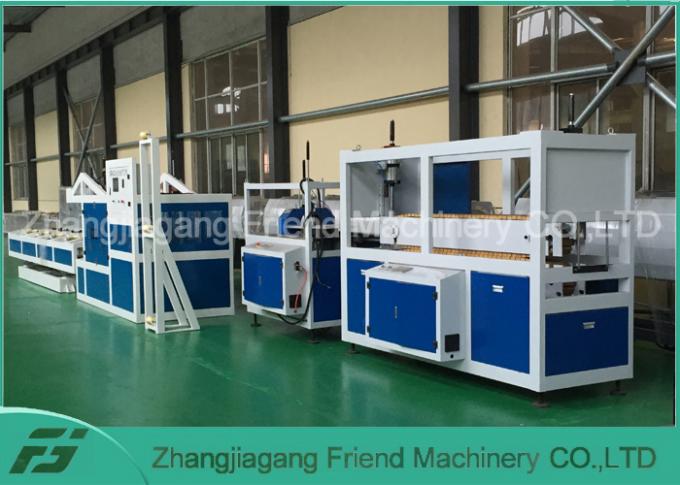 We will attend 2018 Autumn Canton Fair

We attended CHINAPLAS 2017 at Guangzhou city, and Next year 2018 Hope to see you at Shanghai